Thursday, October 25, 2018 – The Ministry of Labour and the Ministry of National Security teamed up together to bring renewed hope and new job opportunities to prison inmates housed at The Bahamas Department of Corrections as they hosted the ninth ‘Labour on The Blocks’ Job Fair on Thursday, October 25, 2018. The inmates who are soon to be released from prison had an opportunity to apply in person for jobs with sixteen local businesses who participated in the job fair.

Minister Foulkes also thanked the Minister of National Security, the Hon. Marvin Dames, the Acting Commissioner of The Bahamas Department of Corrections, Mr. Charles Murphy and former Commissioner, Mr. Patrick Wright along with the team at the Ministry and Department of Labour.

“What the FNM Government wants to do and what our Prime Minister is committed to doing is to improve the lives of every single Bahamian including those that may have had some challenges and misfortunes in their lives. One of the main things in improving their lives is finding a job, finding income so that they can support their family, so that they can live a decent life. And that is what Labour on the Blocks is all about…” stated Minister Foulkes.

Minister Foulkes stated that he was very impressed with the quality of inmates who were interviewed. The Labour Minister also used the opportunity to encourage local businesses who did not participate in the job fair to assist persons who may have served time in prison once they have been released and rehabilitated.

Minister Foulkes said that the Ministry may organize one final Labour on The Blocks for the fishing industry before the year ends. After this he said that his Ministry will resume hosting the job fair during February of next year.

“We are so pleased that these companies have assisted and partnered with us assisting with our rehabilitative efforts. This will go well for the Department…” said Acting Commissioner Murphy.

Ashley Rolle a 25-year-old female inmate who is due to be released next month said, “Its (the job fair) is really a good thing.” 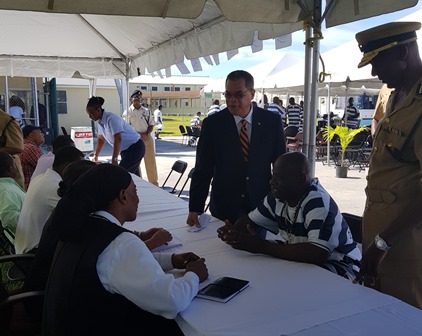 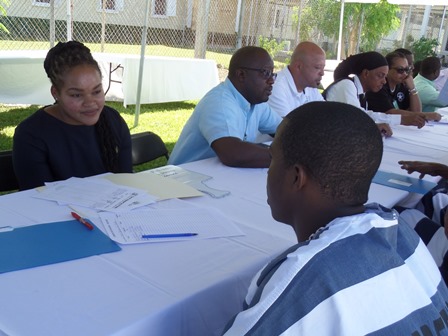