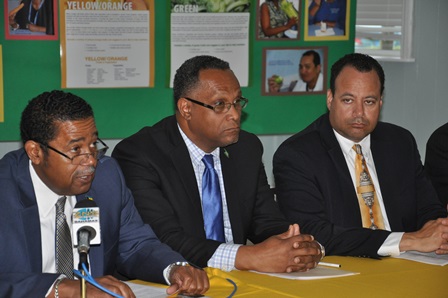 FREEPORT, Grand Bahama -- The country's healthcare system is again being transformed as major renovations to the Rand Memorial Hospital were announced on Monday during a press conference by Minister of Health, the Hon. Dr. Perry Gomez.

With the government making National Health Insurance a priority, the Minister said those in authority must put in context infrastructural improvements at the public hospitals and community clinics.

Starting in 2016 with Universal Health Insurance, legal residents of The Bahamas will have access to public and private health care. Per capita, healthcare spending in the country is over $2,300 annually - a figure that is almost twice as much as other countries in the region and is neither efficient or sustainable long term.

The Minister said, "Despite the perception held by many in the public, healthcare in the public system is not free. There are costs associated with every service offered, every treatment given, every drug prescribed, and every procedure performed. Under our current system there are several categories of persons who are exempted for payment, for example, children and the elderly.

"This does not mean that healthcare for these persons in the public system are free of charge; rather it means that the Bahamian tax payers absorb the costs incurred for these persons when they access public health services. The universal health coverage offered by an NHI programme will focus on improving health outcomes while also producing an annual savings of almost $160 million in ten years.

"One key mandatory precursor to the implementation of National Health Insurance demands the achievement of a consistent standard of care across all of our public hospitals and clinics. It is against this backdrop that the Ministry of Health and the Public Hospitals Authority is forging ahead with when completed, will be the most aggressive renovation and enhancement project for the Rand Memorial Hospital in history."

The architectural firm of Lawrence Chisholm and Associates will do the design work. They will collaborate and coordinate with the PHA and Rand with the result being construction drawings that meet the needs of the PHA and the Rand.

The announcement of the upgrades for the Rand, he said, is proof of the government's commitment to improving the quality of health care in the country.

When completed, it is expected the Rand Memorial Hospital will have:

- increased its capacity by 19,

- for the first time since the Rand became a public health facility, a new private suite will be a reality;

- there will be a state-of-the-art new infectious diseases department; and

- improved facilities for the kitchen and cafeteria in their new location at the former Island Palm Resort. 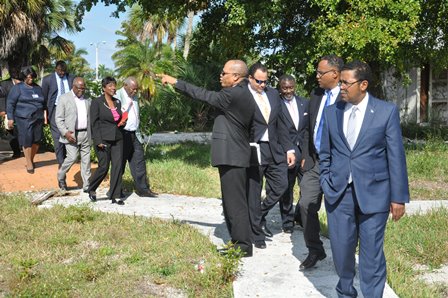