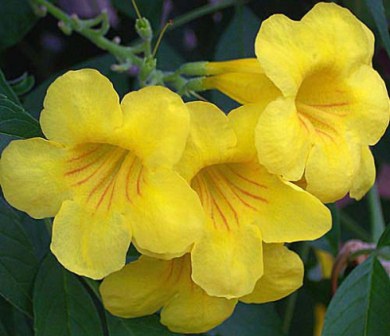 The Yellow Elder was chosen as the national flower of the Bahamas because it is native to the Bahama Islands, and it blooms throughout the year.

Selection of the yellow elder over many other flowers was made through the combined popular vote of members of all four of New Providence's garden clubs of the 1970s – the Nassau Garden Club, the Carver Garden Club, the International Garden Club, and the Y.W.C.A. Garden Club.