The United States reaffirmed their commitment to strengthening partnerships with our

country and with the nations and the people of The Caribbean.

In discussing items relating to our bilateral relationship, the Prime Minister and the Vice

President emphasized the importance of both strengthening efforts to combat illegal

The discussion widened to cover a number of regional issues, including food and energy

As Chairman of CARICOM, the Prime Minister believes it is important for the United States

and find a path forward out of crisis. 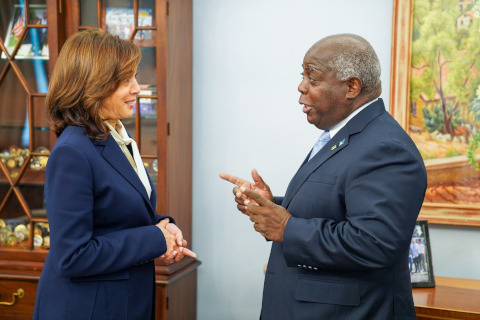